Just 8 days after being stranded in Portland another unexpected strike hit the car. This time it was the clutch. The engine was revving happily but could not transmit the torque to the gear box. This happened in Wendover at the border between Nevada and Utah.

I knew that Doug in Portland had different plans for the weekend so I called Aart in Vancouver to discuss which parts I would need to order from Rovers North. Secondly I was questioning him whether he would know someone in Utah you could do the repair job. Aart recommended to call Bill in Salt Lake who owns Great Basin Rovers (GBR) an independent Land Rover garage.

Bill was happy to do the repairs. Arthur from Rovers North made an overnight shipment to Salt Lake with a strengthened clutch assembly and other parts. My car arrived in Bill’s garage on Wednesday morning and Chief Mechanic Tom and his crew went immediately on the job. 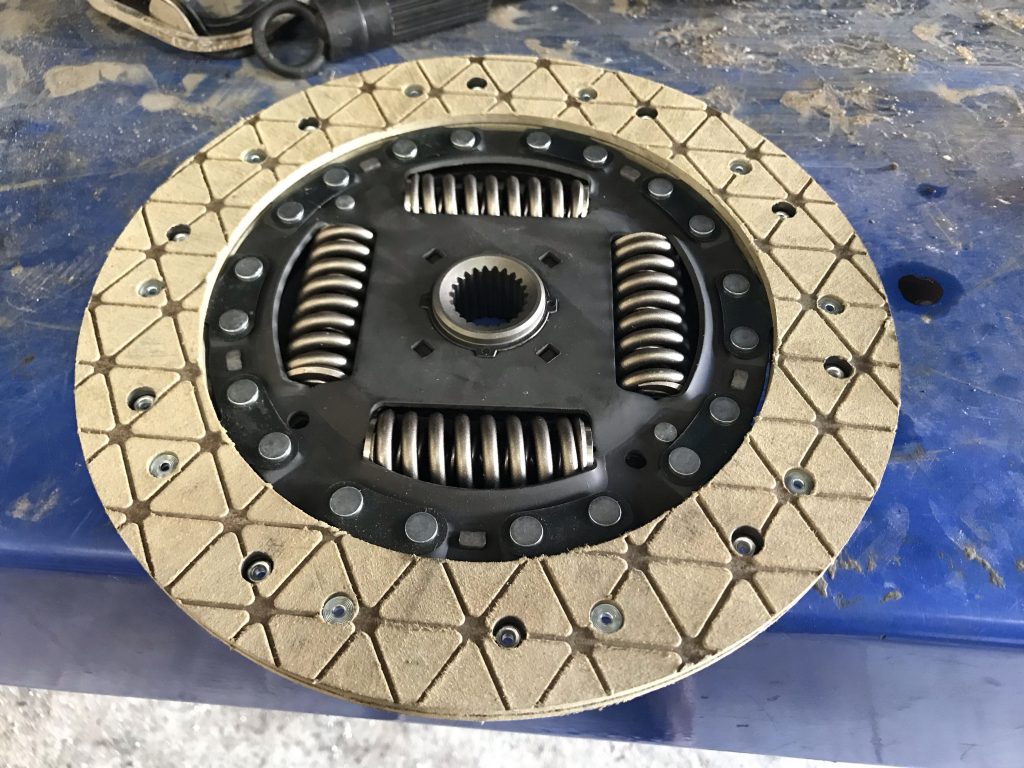 Well, changing a clutch on old Defender models is not really rocket science. However, with this 2.2 TDI Puma engine everything is slightly different. The maintenance manual states that the exhaust system with its diesel particle filter must be removed. This job on its own takes hours and bears the risk that the one or other bolt from the exhaust system will break.

Tom decided to test another method where first the transfer case will be removed. In a second step the gear box will be pulled back over the exhaust system, then tilted and gently put to ground. A job which was successfully done and demanded six strong hands.

Thursday late in the morning the resurfaced flywheel returned from the tooling shop. In the meantime all bearings and the clutch slave cylinder was changed. In addition the transfer case was resealed since it leaked a bit of oil. 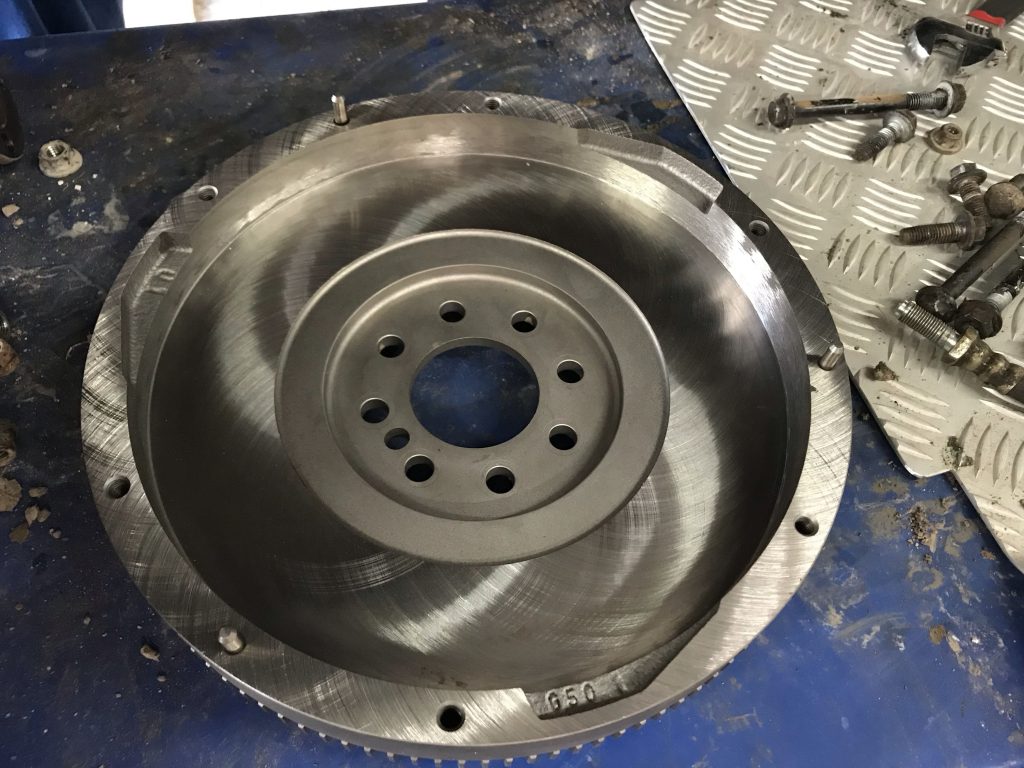 Getting things apart is one thing getting all parts back to its position is another story. However, the assembling part went smooth but it took a while until all bolts were securely tightened and the wire harnesses were plugged into their sockets. Since the flywheel was holding-up the job the last bits and pieces only could be completed on Friday morning.

On Friday around noon I was back on the road again.

Next article Stranded - 3 on 1 Strike